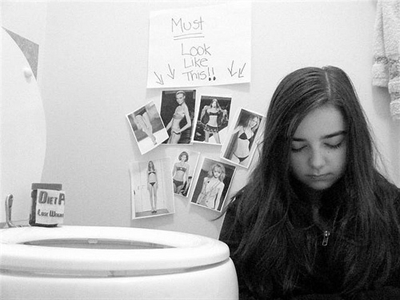 On the surface, eating disorders seem to be all about food and weight. In fact they are much more complicated than that. Eating problems, like any addiction, are strategies that some people use in an attempt to cope with difficult things going on in their life.

However, because we have to face food every day to stay healthy, recovering from an eating disorder can be very difficult. Eating disorders are increasingly common, affecting women or men of any age, and can have very serious effects on those who suffer, both physically and psychologically. Sadly they actually end up causing many more problems than they solve.

“I guess my eating disorder was a way of communicating how I was feeling, about saying things I could not put into words. I had been dieting and losing weight gradually for a couple of years, but when I was about 17 I began to cut back dramatically on what I was eating. I starved myself for days at a time and only ever allowed myself one small meal a day.

I also exercised every day and even when I felt dreadful I forced myself to go running or swimming. What was really scary was that I realised even if I wanted to stop I would not be able to. After a while I managed to eat three meals a day but these were so small that I was still losing weight and I became really ill. My periods stopped and my heart was really struggling. I fainted if I stood up too fast and I was horribly cold all the time. I found trying to eat normally terrifying and could not handle gaining weight. I was desperate for help but too scared to ask for it in case people made me eat and gain weight.” — Lauri

This is perhaps the most well known eating disorder. Sufferers restrict their eating dramatically and become terrified of eating normally in case they gain weight. Some do experience times when their control breaks down, but overall they eat very little and stick to strict diets. Some sufferers also exercise excessively, or do other things in an attempt to lose weight, such as abuse laxatives. Weight loss can be fast and dramatic, or more gradual and harder to stop, but sufferers become very underweight – often dangerously so. Anorexia is common in teenagers, particularly teenage girls, but often goes unnoticed at first because it is so well hidden.

Bulimia starts with a very similar desire to anorexia: to lose weight by going on what is usually a very strict diet. However, sufferers find that at times their control breaks down and they binge eat on the foods they would usually forbid themselves. Binges tend to get worse and worse and eventually huge amounts of food can be consumed in a binge. Then, filled with remorse, self-hatred, and the fear of being fat, sufferers take some action in an attempt to avoid gaining weight.

Some abuse laxatives, or make themselves sick whilst others over-exercise or simply fast for a period of time. Bulimia carries with it a terrible guilt and self-loathing and a feeling of being out of control. Because sufferers tend to remain at or near normal weight, it can go on for years without anyone knowing what is happening.

Binge eating disorder is very similar to bulimia in that the sufferer tries to restrict their eating, often going on diet after diet. However, their control frequently breaks down and they slip into binge eating. Unlike bulimia, sufferers do not do anything to purge what they have eaten so sufferers tend to be overweight or obese. Some studies suggest that over half of those who struggle to lose weight may actually be suffering from a form of binge eating disorder.

It started at school

“My eating disorder crept up on me. I had felt uncomfortable about my size and shape at primary school and when I went to a mixed secondary school, I was teased about my shape. I only heard them call me “fat gut” once but the pain and the memory of hearing those words stayed with me for a long time.

I decided to take matters into my own hands and promptly stopped eating. I missed meals, saying I had eaten at a friend’s house or eaten sweets, etc. and the weight began to drop off. I actually think I was on the verge of being anorexic until my parents expressed their concern over me pushing some peas round a plate and trying to take the bread crumbs off a fish finger – that made me think ‘OK, I’d better start eating’. My eating then became out of control, I was torn between wanting to eat to please my parents and not wanting to eat because I didn’t want to put on weight. I thought the solution would be to eat and throw up. How wrong I was: I never imagined that the solution would develop into a nightmare and stay with me for years to come.

At the worst stage of my bulimia I would eat and throw up from 7am to 11pm, taking breaks only to go out and buy some more food to continue with the bingeing. My whole life was constantly taken up with thinking about food and my emotional state for the day would be conditioned by what I ate.” –Grace

Some of the possible consequences of eating disorders:

If there is significant weight loss:

If there is purging (eg laxative abuse, self-induced vomiting):

How common are eating disorders?

The Department of Health estimates that:

According to the Health Research Board, in 2013:

And it’s not just the teenagers that are struggling. Around 2 in 5 women and 1 in 6 men say they are dieting almost all the time and over half of these people report struggling with binge eating and/or purging what they have eaten. For many, food and eating are strongly linked to the way they feel, and around a quarter of adults and 60% of teenagers feel that they would be happier if they were thinner. Being happy with your body and weight is very unusual. Only 1 in 25 women report liking their body, and a third dream of losing more than two stones. 90% of teenagers say they hate their body and nearly half would like to lose more than a stone – even though most are not even clinically overweight.

Is your child affected?

Although the average age of onset used to be around 16, it is now more common to see children of 14 or younger who have developed anorexia. It is not unusual to see girls who are much younger, even under 10, struggling with their eating. Children are very aware of their weight and appearance, and are taught basic healthy eating at school.

Sometimes, if the focus is placed too strongly on avoiding overeating, vulnerable children can start to cut down what they think are ‘bad foods’ unnecessarily. Others develop eating disorders when the pressures of exams, changing friendships and difficult family environments become too much.

Eating disorders in younger teenagers and children are very serious as they do not have the energy reserves that an adult has, so suffer physical consequences much sooner. Eating disorders also often strike at the very time that they should be growing and gaining weight. No child under 16 should lose weight unless it is under the guidance of a Doctor or other professional. However, two thirds of teenage girls have been on a diet by the time they are 13.

“There are many stages and emotions accompanying the journey of anorexia from the viewpoint of a mother. For me there was fear, guilt, annoyance and feelings of helplessness as things moved out of control. My best efforts of listening, reassuring and advising my child, let alone my considerable and sometimes wily efforts to feed her, all seemed to fail. I have never cried in private so much in my life.

Our journey began when our daughter was in her final year at junior school. She began to struggle with her school work, and the exams and entrance tests to the upper school loomed. She felt that her friendships at school were changing, that she was being picked on. Some of the other girls were telling her that to be “anyone” you had to be five stone or less. They even weighed her and some other girls at a sleepover. She started to become sad and withdrawn. I realised that her appetite was reducing. She was asking for more healthy snacks instead of chocolate biscuits or crisps in her lunch box. I noticed also that she spent more time than usual on the trampoline.

The final straw came when, following her being one of the only pupils not chosen to take part in a school play, her hamsters died. We had bought them to give her something of her own to care for and had hoped that they would help her overcome her sadness. When they died within the first week she was inconsolable and blamed herself. She was obviously losing weight and she could not seem to get out from under a depression. There was an eight week period in which she lost one and a half stone. Eventually she was tube fed twenty-four hours a day for two weeks. She had shut down, refusing all food and drink, and having “fits” if she ever broke her resolve, which rarely happened.

Her recovery has not been easy for her or for us, but she is taking every opportunity at her new school, coping with lunches and eating everything I provide at home. Life is good again for her and she has a new-found inner strength and maturity and demonstrated remarkable courage. But we have all had to cope with situations and emotions that I never would have imagined.”

If you are struggling with your own eating …

* Understanding Eating Disorders by Dr. K. Middleton (to be published 2007),

This information is supplied in good faith, but neither Family.ie nor Care for the Family can accept responsibility for any advice or recommendations made by other organisations or resources.

Modified from original article by © Care for the Family November 2006.

You May Also Be Interested in Our Radio Programmes: 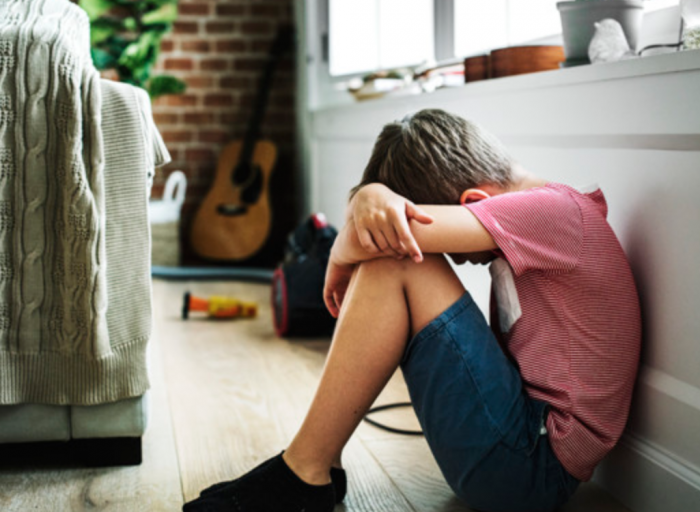 How to deal with Bullying 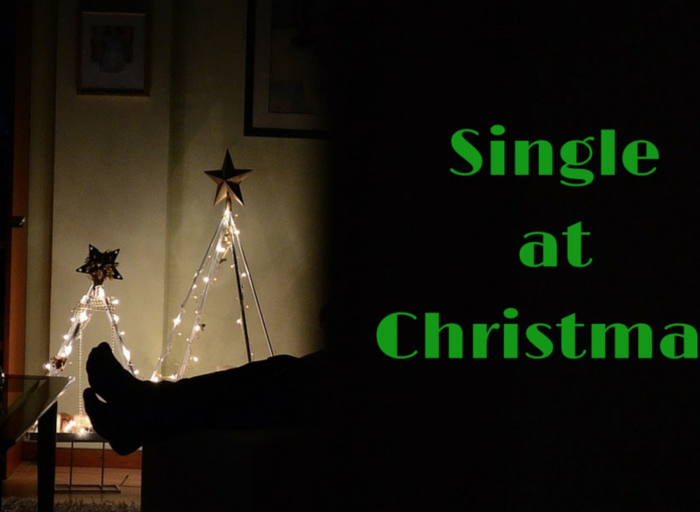