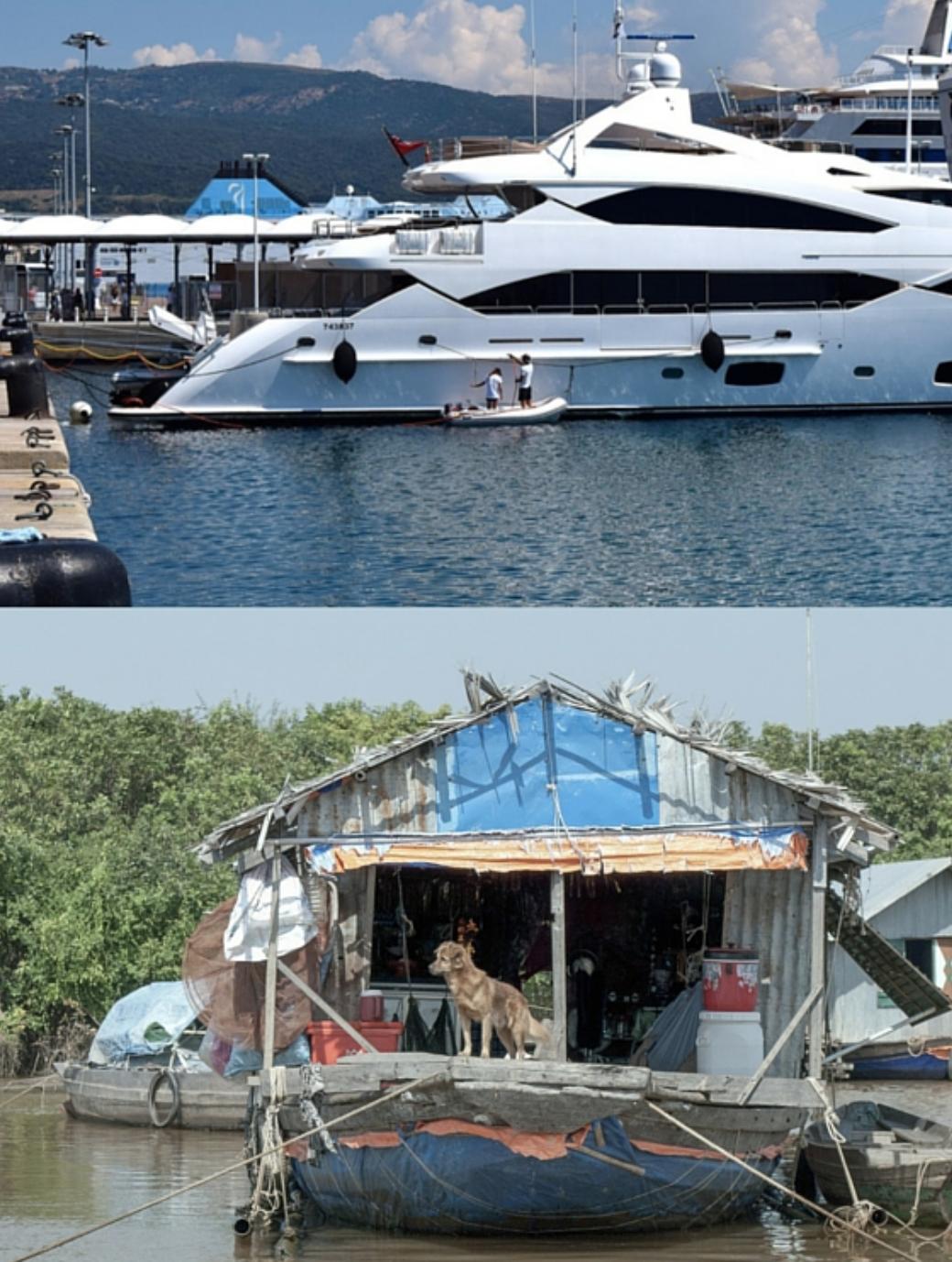 There are many people who seemingly have little or no regard for material possessions. They accept poverty as a normal living condition, and their major concern is where they will sleep that night or eat that day. In contrast are the affluent, who have the best our society has to offer at their disposal. Their houses, summer cottages, winter chalets, and automobiles are the envy of the community. Does either scenario bring contentment? No!

If money can’t buy contentment and poverty doesn’t provide it, what is contentment and how is it attained? Contentment, contrary to popular opinion, does not mean being satisfied where you are. Rather, it is knowing God’s Will and plan for your life, having a conviction to live it, and believing that God’s peace is greater than the world’s problems. “He (Jesus) said to them, ‘Beware, and be on your guard against every form of greed; for not even when one has an abundance does his life consist of his possessions’ “ (Luke 12:15)

In poverty, the issue is usually black and white—you either have it or you don’t. In affluence, the deception is much more subtle, because anxieties and worries are not usually related to the lack of things but rather the loss of things. In essence, most affluent Christians fear they might lose the material things they have acquired. Unless they are so detached from the goods that they must be willing to lose them they won’t find real contentment. That does not necessarily mean that they have to surrender all of their material possessions. It means being willing to do so.

Contentment can’t be achieved without personal discipline and staying within the lifestyle parameters God has established, based on His provision (Luke 12:15; 16:13-14). So often Christians get so involved in the day-to-day activities of earning a living and raising a family that they forget their real purpose in life: to serve God. They discover that their lives are out of balance and don’t know how to bring them back into balance. The evidence is a lack of peace, a lack of spiritual growth, and a growing doubt about God’s ability to provide. A person may have a lot of money or a little money and still miss the whole point of contentment.

We can complain whether we have a little or a lot. We can be covetous just as easily with a lot of money as with a little. We can have regret, envy, and fear.

Contentment really is a spiritual issue; it’s not an amount-of-money issue. God is always there and never changes. He is consistent and stable. You can trust Him. But can you say the same about money? Proverbs 23:4-5 speaks to this when it says, “Do not wear yourself out to get rich; have the wisdom to show restraint. Cast but a glance at riches, and they are gone, for they will surely sprout wings and fly off to the sky like an eagle.” How content can I be in something that flies away?

Contentment is – being satisfied with one’s circumstances, not complaining, not craving something else, and having a mind at peace. A further definition of contentment could be – that it has three aspects:

Wise King Solomon writes, “Whoever loves money never has money enough; whoever loves wealth is never satisfied with his income. This too is meaningless” (Ecclesiastes 5:10).

Contentment has nothing to do with money. It’s a learned response. The apostle Paul states this very clearly: “I am not saying this because I am in need, for I have learned to be content whatever the circumstances. I know what it is to be in need, and I know what it is to have plenty. I have learned the secret of being content in any and every situation, whether well fed or hungry, whether living in plenty or in want” (Philippians 4:11-12).

The secret to which Paul alludes is the result of learning to think correctly about money and God. Contentment is learning to see money as God sees it, and nothing more. Money is a vehicle for providing for our needs and those of others, and funding can help advance God’s Kingdom. Contentment also results from learning to see God for who He is. He is the bedrock of our contentment.

No financial principle can have a greater impact on you or free you up more than this truth: Money is not the key to contentment! Contentment has everything to do with your relationship with God and nothing to do with your money. Once you are free from the love of money and the pursuit of it, you can have a lot or a little and be content all the same. At that point you have learned the secret to contentment. It’s not just the families struggling to make ends meet who wrestle with this. Many families with high incomes struggle with contentment as well.

The starting point for financial contentment is simply living within one’s income. How we handle what God has given us will indicate whether we have financial contentment or not. Many families are content to live in modest houses, drive older cars, and enjoy entertainment at home. Perhaps the breadwinner is a teacher, a church staff member, or in the early stages of a career. Many times they’ve chosen a simple lifestyle to stay within their means.

On the other extreme, I met a man who earned in excess of €600,000 a year. Instead of being content and at peace, he was miserable. He had financial pressures because he was spending €100,000 more each year than he was making. The key to contentment in one’s finances is not the amount one makes, but rather a willingness to live within that amount.

But when I asked them if they were in fact content now, they said no. The point is, their income had doubled, but they had not learned to live within that income. Therefore, they were not content. I have found in my counseling that living within one’s income is an indicator of contentment.

God’s plan for contentment
Although many Scriptures teach about the dangers of material riches, God’s Word does not teach that poverty is God’s alternative. God wants us to understand that money is a tool to use in accomplishing His plan through us. If we are to find true contentment we must establish some basic guidelines:

Adapted from an article by Ron Blue , and Crown Financial Ministries 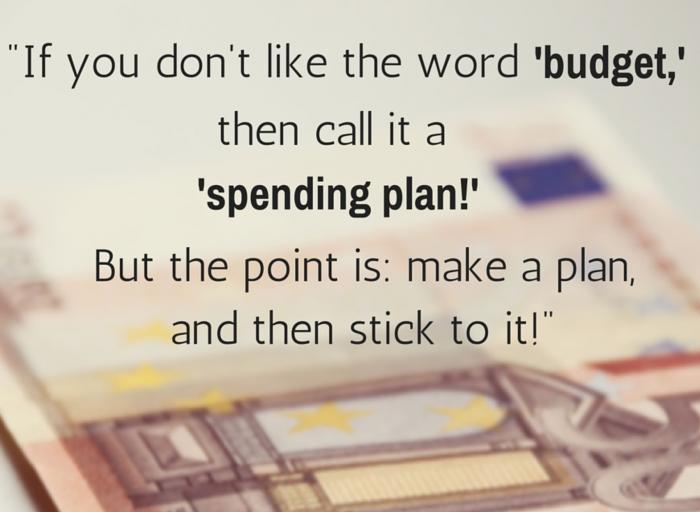 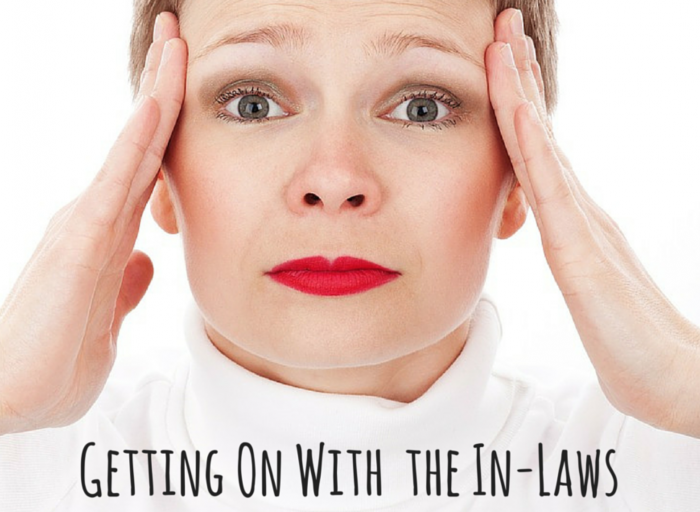 Getting on with the in-laws